Alex Andrawes knows good wine. As co-founder of Personal Wine, the country’s largest private label wine service, he oversees the delivery of thousands upon thousands of bottles per year... 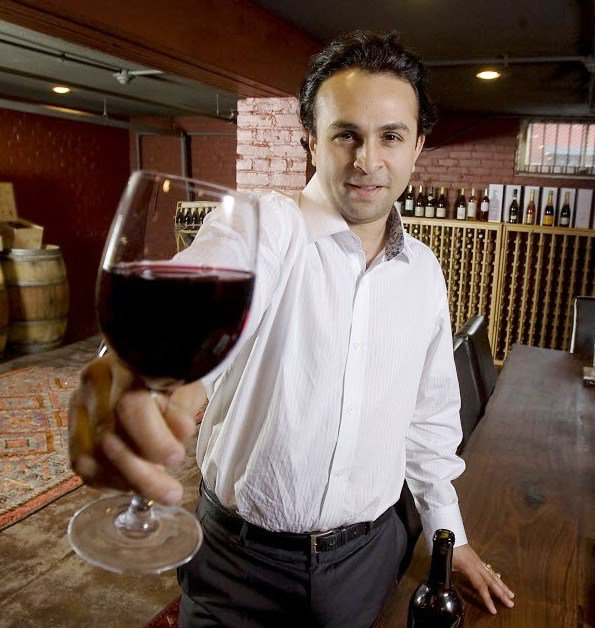 These countries offer great wines you should know about.

As co-founder of Personal Wine, the country’s largest private label wine service, he oversees the delivery of thousands upon thousands of bottles per year to everything from brands like Lexus to people planning weddings or retirement parties.

And while it might be more profitable to relabel a cheap wine, you’re not going to find swill in Personal Wine’s catalog – though you may not be familiar with all of the vineyard names. Every quarter, Andrawes journeys to a wine region to familiarize himself with what’s happening in that area and to speak directly with small winemakers.

“The majority of the wine business is still family-run and operated,” he says. “The corporate side is increasing, but the family side is still the lion’s share. They’re not people who want to receive and email and do a deal. … They want to look you in the face while you tell the story and at the same time you have to respect them. I want to see the grounds, the terroir, the grapes. I want to see [their] hands. If they look like they’re working hands, that tells me you’re incredibly prideful in your product. If they’re nice and manicured, you’re talking to a part time winemaker.”

That dedication to quality has paid off. Sales at Personal Wine increased 40% last year to $5 million and the company is on track for 60% growth this year, says Andrawes. And, perhaps more encouragingly, the company is seeing more and more millennials as customers, in part because of the focus on under-the-radar vineyards.

Millennials, in fact, drank around 159.6 million cases of wine last year – some 42% of all wine drunk in 2015. That amount surpasses any other generation.

Part of the magic of finding up and coming wineries is looking beyond traditional wine strongholds like France or Napa Valley. And if you like wine, there are a few areas that Andrawes says should be on your radar these days

“Most of these regions have great wines you don’t know about,” he says. “They’re not traditional. They’re not wines with a huge marketing engines behind them. These are people who are doing it for the love of making wine.” Here are five underrated countries for wine.

Croatia – White wines are the general export here, but Andrawes says the wines to watch are the native Crljenak Kastelanski (the genetic equivalent to American Zinfandel) and its offshoot Plavac Mali.

Turkey – There are over 1,000 indigenous grape varietals in this country, that’s better known for its spirits. The one you want to keep an eye out for is the light red Öküzgözü, which are spicy, acid-driven wines that are often compared to Pinot Noir.

South Africa – There are a lot of affordable reds coming out of this region, but they’re extremely tasty as well. Andrawes suggests looking for wines made from the white Chenin Blanc (locally known as Steen) and the red Pinotage (a genetic crossing of Pinot Noir and Cinsault).

Argentina – There are lots of different style flourishing in South America. Argentina has some terrific examples of Malbec, which is known for its dark fruit flavors and smoky finish. And it might surprise many Cabernet Sauvignon lovers that Chile does an excellent job with that varietal.

Greece – Like a good white? Greece makes a terrific, refreshing Moschofilero that’s not well known yet, but likely will be soon. The style is acidic, bright and crisp and Andrawes says it’s the perfect wine to enjoy while on the beach.

Also, he notes, some areas of the U.S. can be overlooked. While Oregon’s Pinot Noirs are terrific, some people still don’t know to seek them out. And New York’s Finger Lakes region has earned a solid reputation for its Reislings, with vineyards offering a wide range of sweet to dry takes on the style. It’s also a growing hub for ice wines.